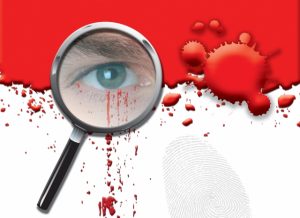 The impact of Reputation Risk never ceases to amaze me.

I have never seen so many politicians, government employees, executives, managers and just generally run of the mill people so hell bent on destroying their own reputation and names in South Africa.

The utter destruction of carefully crafted institutional reputation by people focused on their own agendas and enrichment is shocking.

People carried on with scant attention to their Reputations. But, just like Pride comes to a fall, Reputation Risk built up until houses of cards came tumbling down. In fact, many people now downplay their involvement in the “Gupta saga”. (The Gupta family have close ties to former President Jacob Zuma and have been accused of using the association to win state business and influence government appointments).

Some has called any association with the Gupta family. Association risk. Well it is just semantics, it is just another description for Reputation Risk.

I guess the Gupta influence was more like a sledgehammer than subtle, since so many stumbled.

A Lesson from the State Capture Saga

The lesson is clear – Be careful who you build alliances and relationships with. Who you make friends with, your business partners can be risky. I would recommend the utmost diligence and care. Remember how the late Jackie Selebi was tarnished by his relationship with a known gangster. In the same vein, understand the role and function of the Competition Commission.

There remain many other unanswered questions and concerns.  The “State Capture” and distorted power and influence that the Gupta family displayed has brought the role and value of the Stakeholder Management function into question. In fact, I would wager that the Stakeholder function‘s reputation is in jeopardy.

This is the unit that are supposed to keep tabs on undue influence, power issues, new alliances, and they should be doing constant monitoring and profiling. They should keep tabs on the web of relationships that a company has with its stakeholders. Why? Read this

How come so many Government Stakeholder Managers did not pick up this misuse of power and influence? Or did they report and their messaging fell on deaf ears?

So, how do you measure or audit the Stakeholder Management function? Do you apply traditional auditing principles? How can you if you do not have a clear grasp of intangible factors and how they interact? This blog post and training will seek to clarify some of these questions.

With auditors, managers and other professionals’ reputations damaged by the damning reports of lack of professionalism, perhaps all professional service providers should read this post of mine – “What it means to be a professional”.

What really concerns me is that people make career limiting decisions because they just do not seem to understand that building reputation is a seed planting process. Seed Planting is a key process in thought leadership and reputation building. Every single day, every single interaction is a seed being planted. Just like this post.

Here’s an alternative question: Bell Pottinger. KPMG. McKinsey. What do you do when your advisers turn rogue?

Do they? Can they define Reputation Risk in four different ways and describe the mitigating strategies and tactics to defend that which is precious?

Perhaps herein lies the problem. Is Reputation Risk a strategic risk or a consequence of a risk? Can you really address wrongdoing by issuing an apology like Bell Pottinger did? (Bell Pottinger was a British company that on 12 September 2017 went into administration (bankruptcy) as a consequence of acting on behalf of Gupta-owned Oakbay Investments. They had deliberately manipulated and inflamed racial tensions, stirred up racial hatred, and made accusations of “white monopoly capital“,[14] using a large number of fake twitter and other accounts online, as part of a campaign portraying Oakbay and those connected to it as victims, apparently intended to deflect corruption claims.[19][20] Bell Pottinger subsequently collapsed in the wake of the scandal.[21]

KPMG has felt how hard the journey to restore trust can be. Not only did senior management depart but they lost key clients because of the dangers of association. Media statements such as KPMG South Africa leadership changes and key findings arising from KPMG International’s Investigation shows the danger of Reputation risk.

Slowly, more and more leaders are realizing PR is not the only skill required to manage reputation risk, but that the protection of Reputation requires a systemic, multi-discipline approach i.e. it requires knowledge of trust, ethics, governance, PR, OD, crisis and issues management, crisis communication, risk management and compliance and business strategy to design, develop and implements strategies and processes to safeguard and protect this vital asset.

Elsewhere the Spur Group saw turnover drop because of a poorly handled racially based incidents at one of their restaurants. The group learnt the hard way that lack of engagement & listening can be costly. H & M fared even worse.

Connect With Me On Social Media

My Most Popular Posts

Learn How to Build and Protect Stakeholder Reputation

We use cookies to give you the best possible experience on our website. By clicking on “Accept All” you consent to this site making use of cookies. However, you may visit "Cookie Settings" to provide a controlled consent.
Cookie SettingsAccept All
Manage consent

This website uses cookies to improve your experience while you navigate through the website. Out of these, the cookies that are categorized as necessary are stored on your browser as they are essential for the working of basic functionalities of the website. We also use third-party cookies that help us analyze and understand how you use this website. These cookies will be stored in your browser only with your consent. You also have the option to opt-out of these cookies. But opting out of some of these cookies may affect your browsing experience.
Necessary Always Enabled
Necessary cookies are absolutely essential for the website to function properly. These cookies ensure basic functionalities and security features of the website, anonymously.
Functional
Functional cookies help to perform certain functionalities like sharing the content of the website on social media platforms, collect feedbacks, and other third-party features.
Performance
Performance cookies are used to understand and analyze the key performance indexes of the website which helps in delivering a better user experience for the visitors.
Analytics
Analytical cookies are used to understand how visitors interact with the website. These cookies help provide information on metrics the number of visitors, bounce rate, traffic source, etc.
Advertisement
Advertisement cookies are used to provide visitors with relevant ads and marketing campaigns. These cookies track visitors across websites and collect information to provide customized ads.
Others
Other uncategorized cookies are those that are being analyzed and have not been classified into a category as yet.
SAVE & ACCEPT